How Can AI Stops Crimes Before They Happen?

The Tech: Systems rely on machine vision to identify people and vehicles

Autonomous AI
AI-powered autonomous vehicles and robots can take over the routine tasks of law enforcement, helping reduce the growing shortfall of officers

“There’s a massive opportunity for using big data to have positive social impact . . . But at the same time, we need to be aware of its limitations and be honest in terms of its performance.” — Nuria Oliver, Chief Data Scientist at Data-Pop Alliance

The Spread Of Crime-Stopping AI

Who Is Already Using Crime-Predicting AI?*

When AI Is Trained On Historical Crime Data

“There’s a real danger, with any kind of data-driven policing, to forget that there are human beings on both sides of the equation.” — Andrew Ferguson, Law Professor at the University of the District of Columbia and author of The Rise Of Big Data Policing

AI is here to stay in law enforcement – but at what cost? 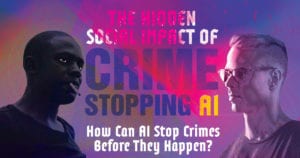