What Happened to the Middle Class?

What Happened to the Middle Class?

Restaurants like Olive Garden and Red Lobster are struggling, while high end dining is flourishing. At GE, demand for high-end dishwashers is racing ahead of sales growth for mass-market models. This leaves the question, what happened to the middle class?

Generally the Middle-Class is thought of as making <$100,000 a year
But middle-income distribution isn’t close to that.[4]

America’s highly skilled workers at the upper end of middle class, and into the upper class have exploded.

The increased wealth of highly skilled workers, the insane wealth of those with capital, and the outsourcing of lower skilled jobs have left us all asking, “what happened to the middle class?” 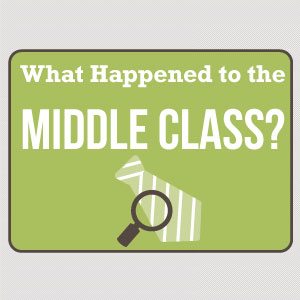